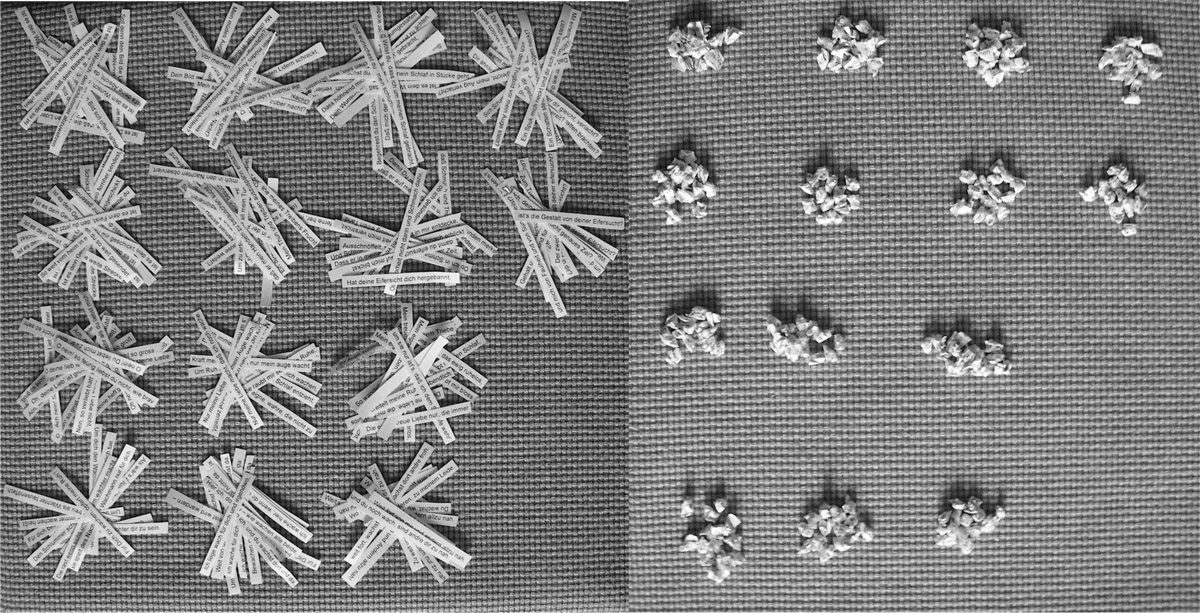 what is wakefulness in translation? spaces between words: not a blink, but clouds in the shape of sheep. count them. in german, tired eyelids are kept open with matches. a gap and they stick to it. with or without their red heads? certainly, a glow. a stick-up for sleep. and when, in this deep light, you rub against each word, tossing and turning, you will find meanings shifting their shapes every minute—shadows like to thee, mocking, ungraspable. translation is this lament: you are so far from me—transformed into a sustained and reversed lullaby. do you watch clouds change their shape, or do you, by watching, change them? minutes grow into hours, hours into a wake. not over a dead body, but over one that is so alive as to be constantly absent, slipping away—far off, with others all too near. being awake in translation means to trace this distance, but never close the gap (eye, mouth), to keep alive the presence of the absent other and at the same time unmask one’s own desire to merge with it, to finally meet one’s match. in the space between the distant lovers (languages), this process unfolds as a shift from passive to active mode, a shadow play of failure and empowerment. first i am kept awake by the ghost of your language, then my language feels alive and awake because it watches yours—thereby creating its own images and
slumberbreaking spirits. thus one could lament that ‘to watch’ also means to look intensly and/or wait in english, and that in german you’d wait for those meanings forever. but one could also point out that in german, unlike english, the words for being awake and keeping watch still show their common origin by sharing the exact same shape—wach and Wache halten—suggesting, perhaps, that being awake is not simply a state but the process of being constantly alert, of being watched by others and transgressing their watch at the same time. that it is in fact—like translation—a complicated collaborative process rather than a state or the result of not sleeping. gemeinsam wachsam—or else, idle hours. what, then, is a watchman in translation? she’s someone who lets the sheep slip past the matches. a shepherd of defeat who intimately knows their desire to always be where the others are, and who also knows that, if they ever arrived at this distant, imagined place which slightly resembles Benjamin’s Ursprache, language would stop wanting, waking and watching altogether, it would simply fall asleep. to make sure it doesn’t, 14 different german translations, cut up line by line, were used to form clouds that generated the translation of this particular poem, which was then translated back in to english. who’s watching now? 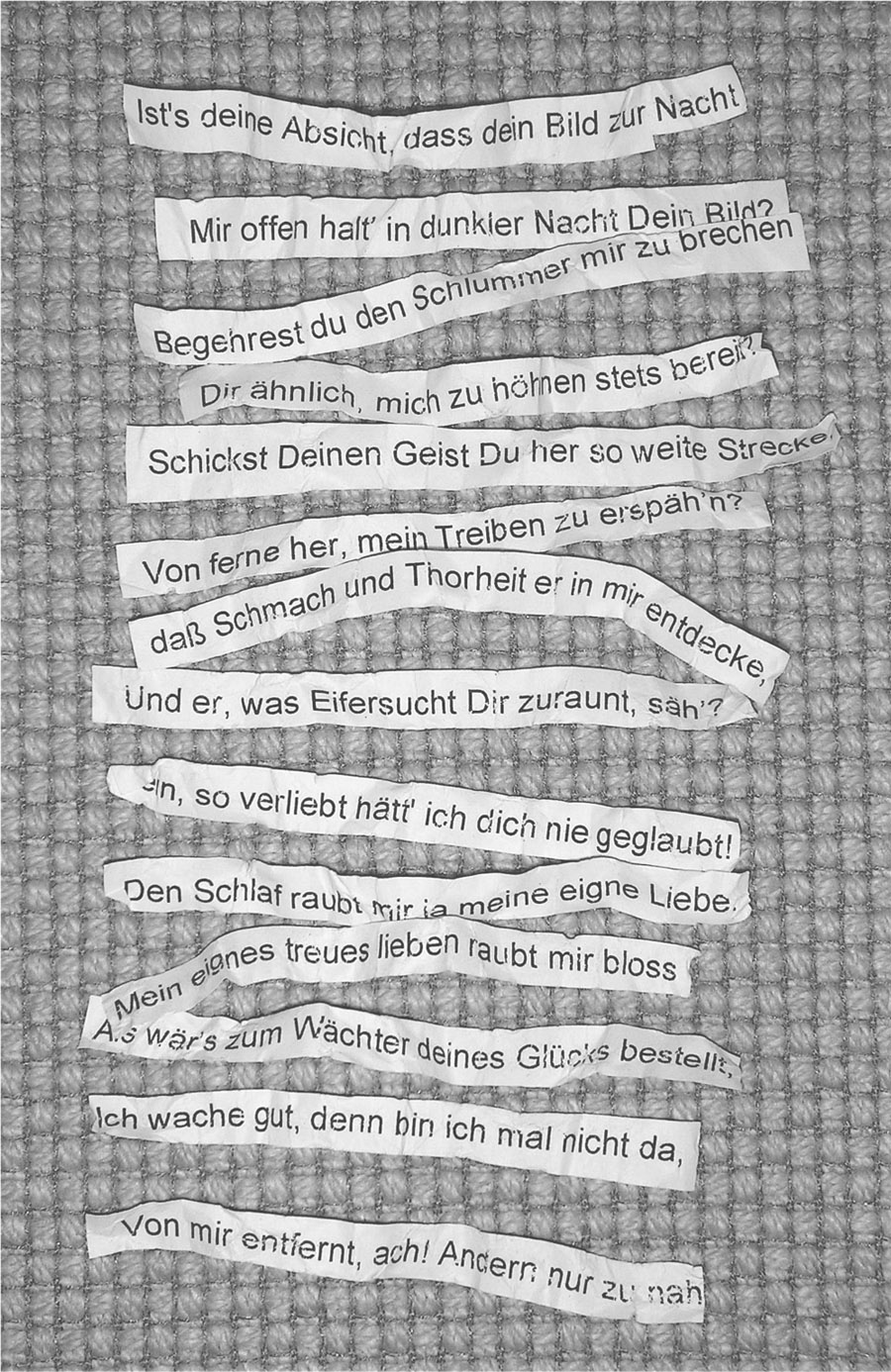 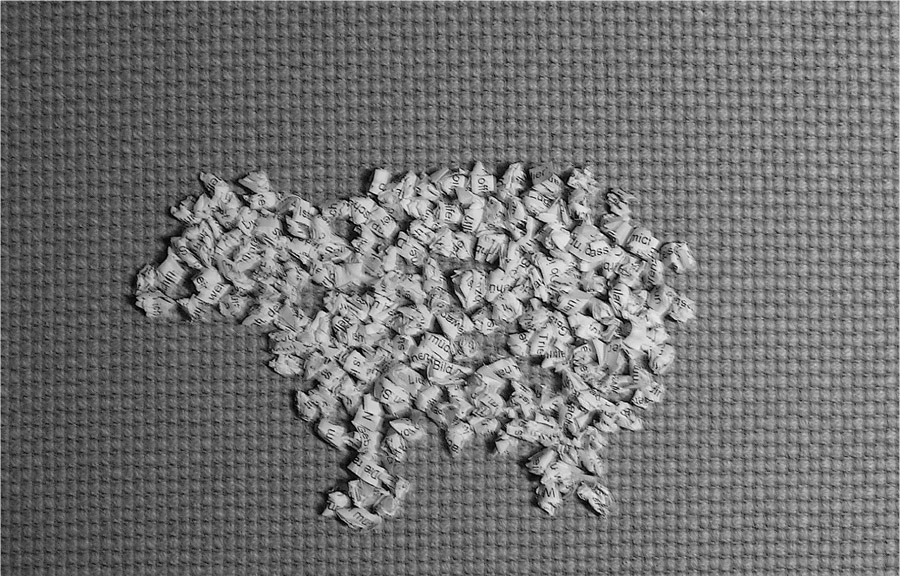