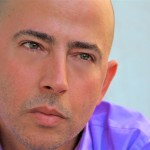 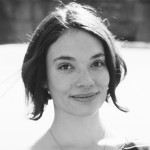 Reading Carlos Pintado’s Nine Coins (winner of the Paz Prize for Poetry from the National Poetry Series; available from Akashic Books) in its original Spanish is an almost otherworldly experience. The poems have a timeless quality, mixing formal sonnets with free verse and prose, addressing universal themes: love and wanting, light and dark, dreams and sleepless nights. They are beautiful machines that make you feel things.

And so I fell in love with the poems, with their meaning and their music. The meaning, I think I was mostly able to bring across into English. The music, though, was difficult. Because English is so rhyme-poor and because many of Carlos’ poems are rhymed sonnets, I worked instead with meter and settled for occasional slant rhymes and sight-rhymes. Even if you’re not a Spanish speaker, I urge you to read through the originals just to get a sense of their sound.

There were other times during the translation process when, despite the deeply emotive quality of the poems, I almost felt that voice of the poet had become depersonalized, like an oracle channeling something larger than the self. I hope I was able to bring this oracular nature across, as well—to capture that same feeling of a prophetic “I” speaking somewhere out of time.

where the shadows are really the body

Yo he sentido ese horror que ciega y me confunde

where the shadows are really the body

I’ve been dreaming of the night and all its hours:

its small, late hours, of course, its crumbling silences,

its echoes, and its half-light; its deadly contours,

I’ve dreamed as well. The night has made its home in me.

another shadow, my body or else the night’s,

devouring me slowly like a fire in the dark.

a golden ring as it sinks into water.

to dying with its death; to life with its mirror.

And I have known the horror that blinds and bewilders

with the image of the other: a shadow that persists in me,

a creature of the night gone to pieces in the night.

Another world awaits me: I’m the form

that, in the picture with no center, seeks

an order, blind but also bustling,

where there is no law or cause, no norm.

Another world awaits me: the buoyant

Can I learn what metal makes them,

whether they draw closer or more distant?

Another world awaits me: the window

lies half-open, and my miracle will be

to stay here in the realm of the material.

Another world awaits me: the morning,

with the dawning of the light, will stand

against the night that dies with all the roses.

Play. Keep back from me.

I would not want to share the infinity of a plaza,

nor the laughter that unfurls its most coveted rose

I am sick with sick things.

I am a darkened house

that overlooks the night, a house

where none dwell but the dead.

Fly from me, children of death.

It is I who bar a window against you.

It is I who walk about like a corpse

to the astonishment of all.

I was waiting for an angel with keen eyes.

I was waiting for an angel.

And the windows opened to the night,

and I was no more,

Yo he sido breve

Yo he sido breve.

I wander through your dream and I

am your own dream, asleep.

Creatures of the night, come to me.

I have been brief

on crossing through the mirrors,

I have been brief.

Long is the road

and my steps are brief.

What love can save me?

What lip tarnished the wind

as if my name

were the softest whisper of grain in the fields.

Is it I who returns?

renders vain mirages where all

must perish; a man in that hell

may die alone with just his thirst.

The moon’s successive faces have

bestowed this single solace: to dream

oneself devoured by the ground

and on that ground awaken. Nothing

will have gone: the endless sea of sand

as it travels through the plains—plains

the gods refused to end. For it, too,

goes on forever, that sea of dreams

and dust, of solitudes and shame.

I first discovered the work of indigenous Zapotec poet José Alfredo Escobar Martínez in a Mexico City literary journal. I had lived for several years in the region he calls home, southern Mexico’s Isthmus of Tehuantepec, but had not encountered his poetry. In a special 2004 issue of Generación featuring more than a dozen Isthmus Zapotec writers, I found a single poem by Escobar Martínez. That poem flew off the page and followed me; it became the first poem I translated.

The Zapotecs have long been some of Mexico’s most celebrated writers, perhaps because their language was the first in the Americas to be written down. (The Maya probably got the idea of carving glyphs on stones from the Zapotecs.) Some anthropologists argue that the Zapotecs invented a complex iconography, not a complete writing system. Whatever it was, it arose about 2,500 years ago and endured until 800 CE. Linguists and archeologists are still trying to rediscover the mysteries of those glyphs, but Zapotec literary culture lives on, rendered in a transliterated Latinate script.

Four years after Escobar Martínez’s single poem in Generación entranced me, I finally made contact with the poet via e

mail. Three years after that, we met in person for the first time, in his hometown of Espinal. Before that meeting, José Alfredo sent me a new cycle of poems, called Ripapa. Escobar Martínez writes in Spanish, including Zapotec words in his work. He explains the Zapotec title, Ripapa, as “que vuela, se agita, late.” In Mexican Spanish, as spoken on the Isthmus of Tehuantepec, latir does not just mean “to beat” – as a heart or a pair of wings does, but also to have a hunch or a feeling about something. A sort of truth pulsing through one’s veins.

Translation is all about having hunches. Feelings about things. Just as I’d had about Escobar Martínez’s poetry from that first poem I saw on the pages of Generación.

His hometown, Espinal, is not a coastal village, but the image of the sea recurs in his poems. Only 120 miles separate the Pacific and Atlantic Oceans at the Mexican isthmus. This quirk of geography has impacted the region’s history and culture since long before the conquest. As with many Zapotec writers and artists, the relationship between the natural environment and the human psyche is paramount in Escobar Martínez’s work. In Zapotec cosmology, there is strong distinctions between the spheres of wild and tame. Human beings exist between the spheres of wild and tame, constantly feeling the tension between them

A substance floats in the air

That in the isthmus

And whoever inhales it sprouts wings.

Since it even migrates

*In Isthmus Zapotec : that which flies, flaps, beats.

In the solitude of dunes

It is not so much what a word says

But what it silences.

When I say ocean

I silence the chorophylls of blue depths

And the fishy shadow that shelters me.

In this sandy solitude that is the Dead Sea,

I fear naming the word,

The sea overflows its own shore.

Overwhelmed by its vastness

It strives to break past its shoreline

And mock threats of waves

Light happens inside the eye:

At this dawning hour

It dives into iris brine

Casts out the drowned

Onto the fringes of day

In the depths of its gaze

It penetrates the eyelids’ halo